For many builders, their Carbon Cub is a proud possession. A shiny treasure. An objet d’art to be lovingly pampered… protected from harsh treatment and the elements.

Toby Ashley wanted none of that. He needed a brutally durable working machine that would access and escape impossibly small, dauntingly rugged scraps of Alaska where his prey laid hiding.  Oh, and he needed the airplane fast.

On our first encounter with Toby, he and some friends paid a visit to the CubCrafters factory in February, 2016. Toby was an avid hunter and outdoorsman, and also an experienced pilot and owned several aircraft including a 182 and a Beaver. Mitch gave them a tour, showed them how the Carbon Cub is constructed on our manufacturing floor, and arranged demo flights for the group. Toby decided to buy an EX-2 kit on the spot. He gave Mitch a check and proclaimed that he would complete the build only 81 days after the kit was to be delivered to his shop in Boise. We don’t know why 81 days was important to Toby, but his proclamation came true.

CubCrafters had just transitioned from the EX kit to the new EX-2, which includes the new G-Series ailerons and flaps. Toby’s was one of the first EX-2s to be shipped. Now, under normal circumstances, Mitch will do his best to work closely with the builders of new products, which always have a learning curve when introduced… sometimes small clarifications in the manual, sometimes larger hurdles with the way parts fit. However, Toby’s aggressive schedule, along with his need for a custom instrument panel, increased the pressure on Mitch and factory support substantially. It was an exciting time for Mitch and CubCrafters, but Mitch honestly wondered if we could facilitate Toby’s 81-day goal. 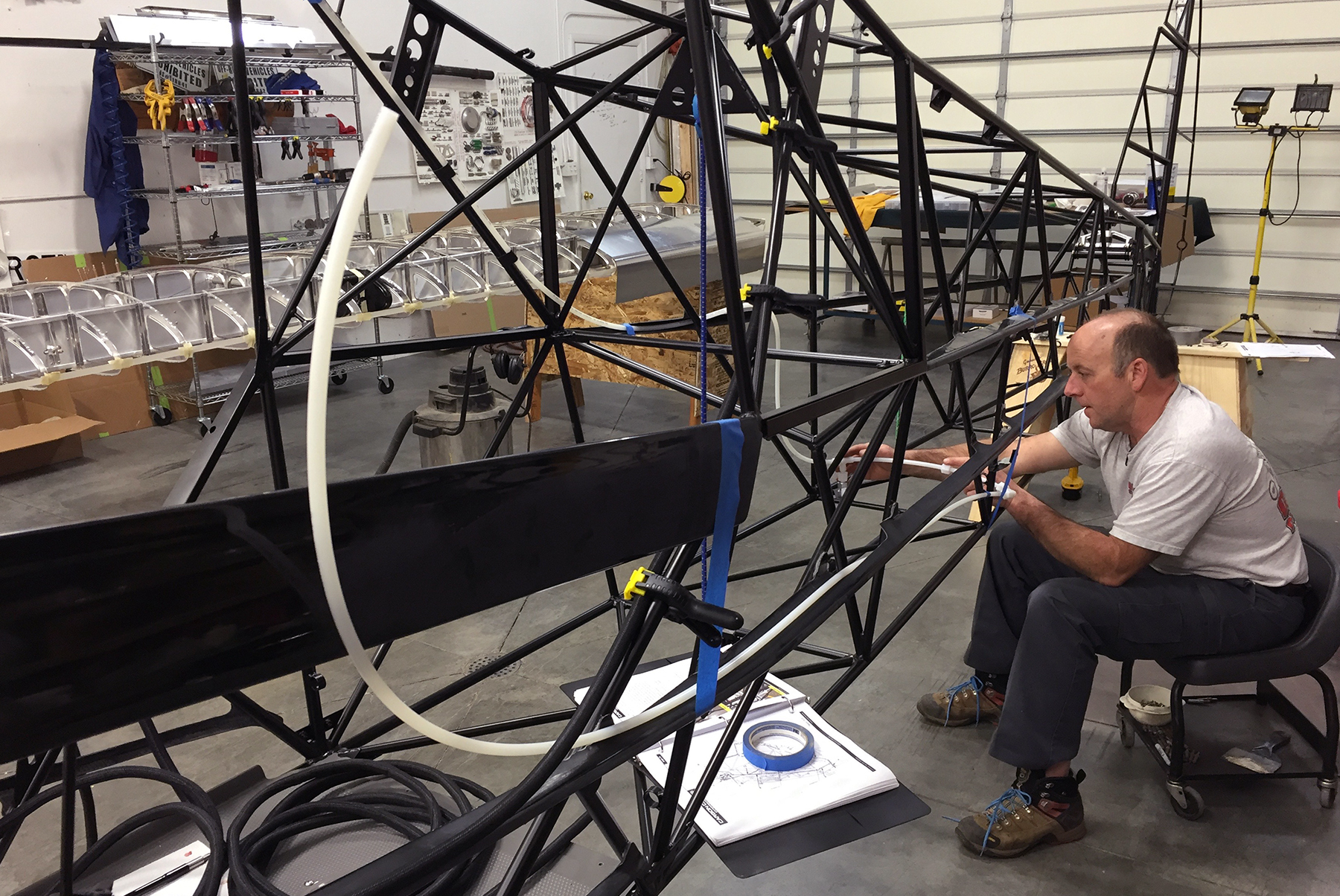 It’s fair to say Toby and Mitch communicated every business day by phone, text, email or FaceTime. Mitch collaborated with factory personnel to fabricate the custom panel, and he assisted Toby when needed to assemble the fuselage and wings. It was a good time to refine the manuals and parts list. 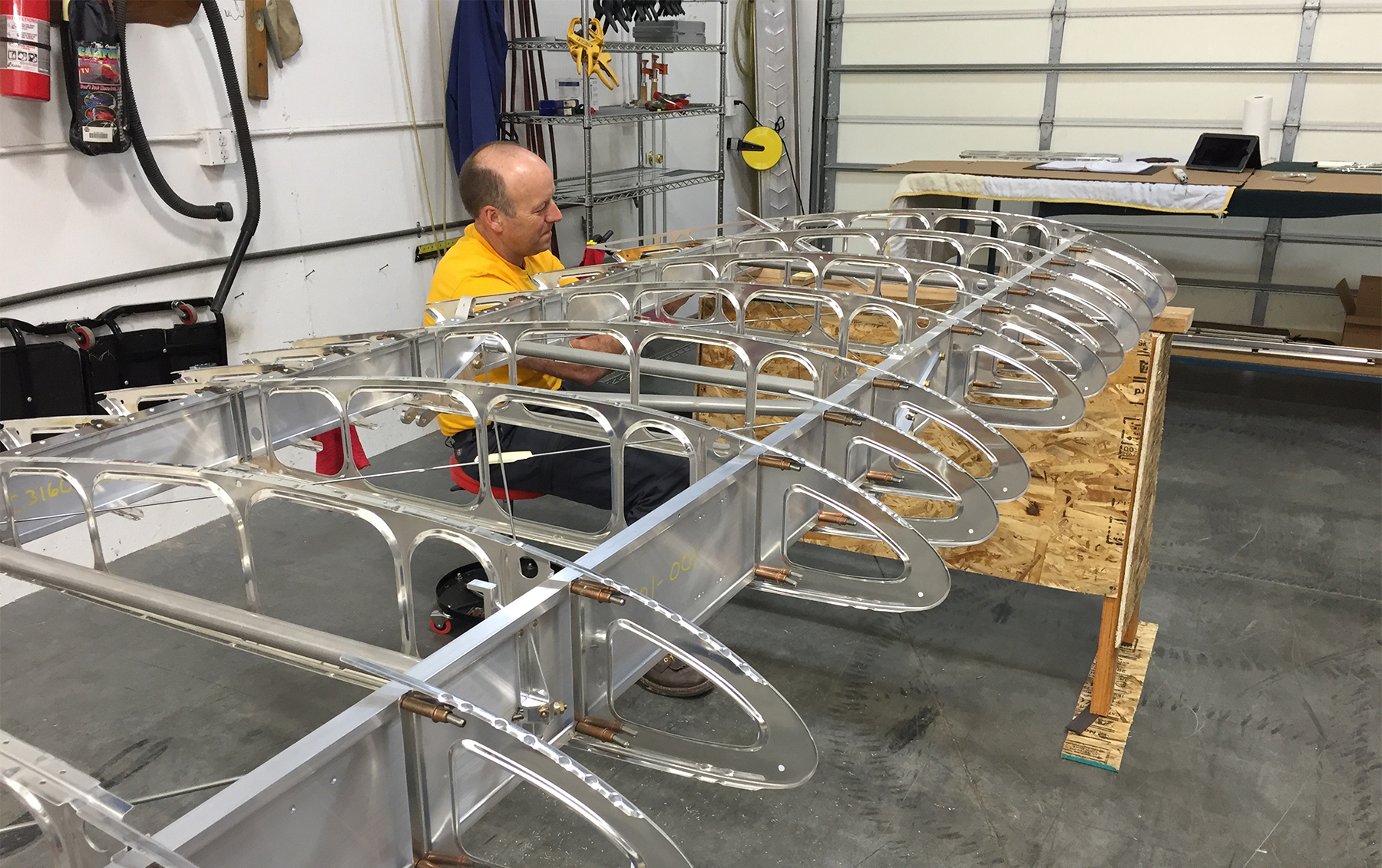 It was Toby’s objective to build a performance aircraft, one that delivered world-class STOL performance and sacrificed nothing in payload capacity. He’d done some research and decided to cover the airplane with Oratex fabric instead of the Poly Fiber system recommended by CubCrafters. Oratex is lighter that Poly Fiber, but is usually more textured when finished. His intended paint scheme was flat military green, so a smooth finish was not a concern to him. 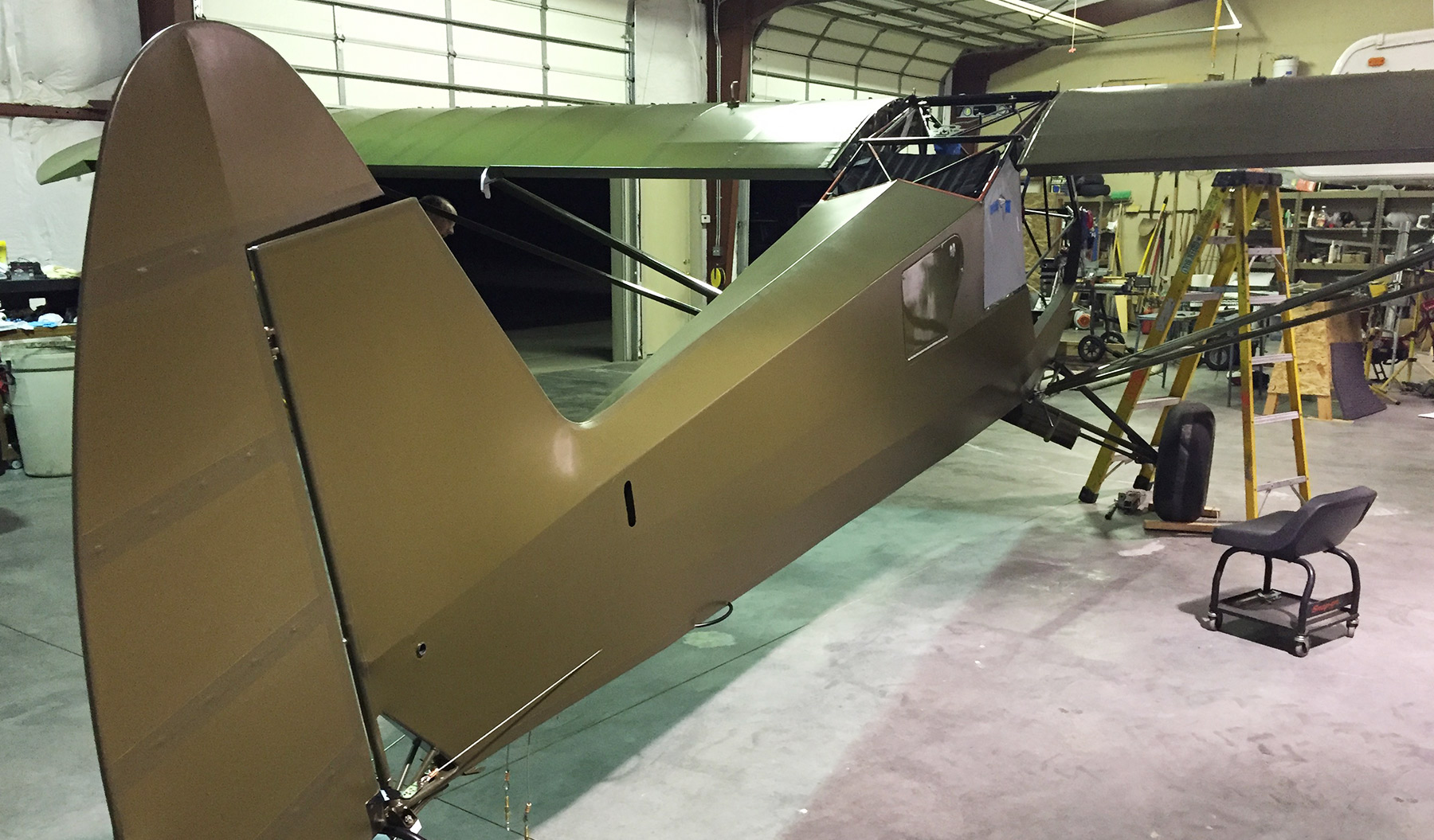 True to his word, Toby Ashley’s Carbon Cub EX-2 was complete and flying in just 81 days. After completing his test flights, Toby flew the new airplane to CubCrafters Headquarters on the way from Boise to his summer home near Wasilla, Alaska. Mitch was able to inspect the construction and finish closely, and he was quite impressed with both the workmanship and the finish of the Oratex fabric. The kit turned out just as Toby had hoped. 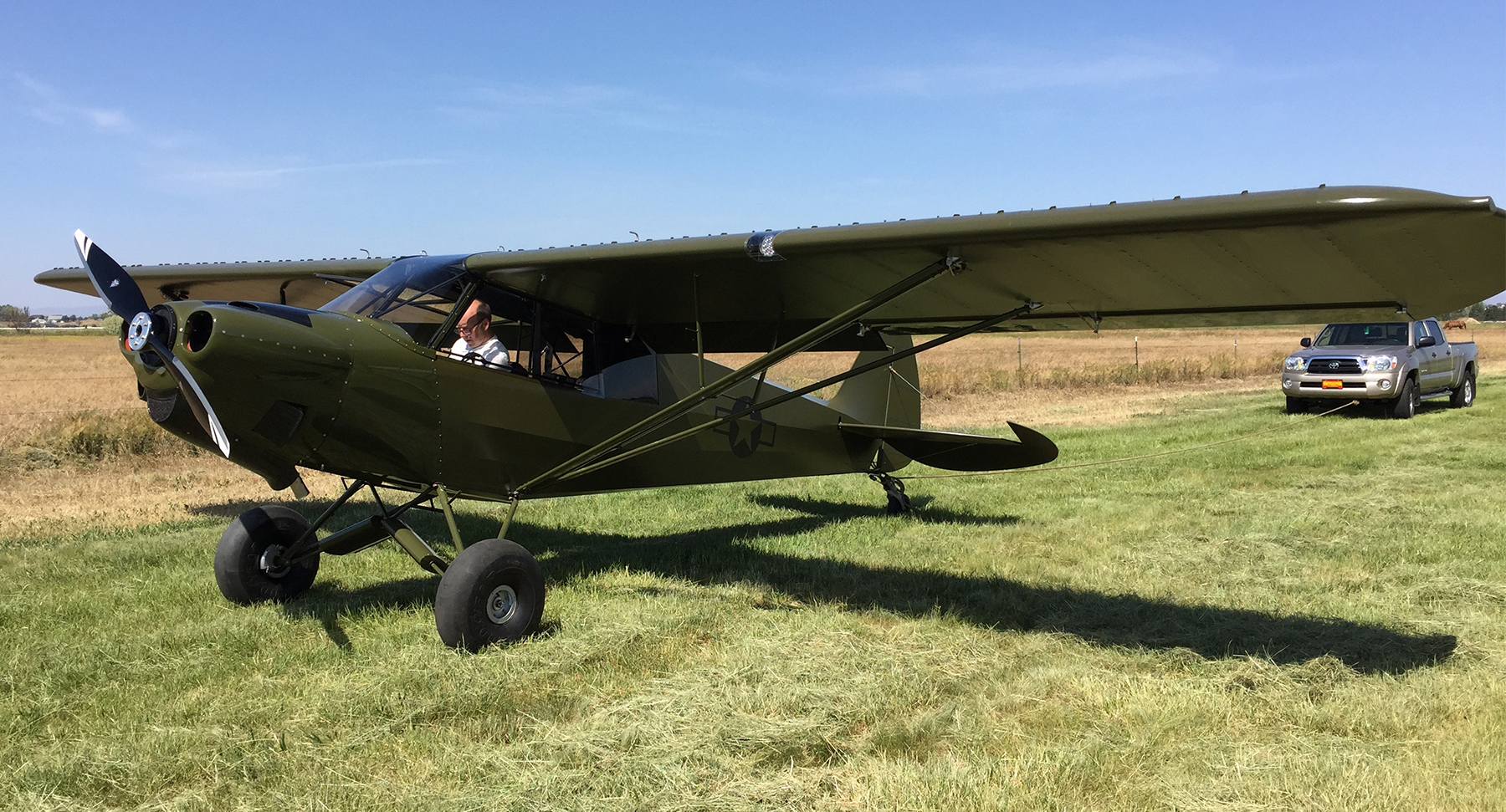 A few days after Toby departed Yakima for Alaska, a stream of photos started filling Mitch’s inbox. Beautiful wilderness scenes of Toby with his airplane and his trophies arrived at an impressive rate. The new EX-2 was fulfilling its mission. Toby was impressed that CubCrafters could build a Cub type aircraft that significantly reduced the weight while still providing the rugged construction that Super Cubs have been known for.

Today, more than a year after his first visit, Toby’s EX-2 has taken permanent residence in Alaska. Since Toby splits his time between Alaska and Idaho, he is now building another Carbon Cub EX-2 that will be based in Boise. By the time you read this article Toby’s second Carbon Cub EX-2 will be about 20 days from flying.

How much is a kit, please?

The three basic kits are $25,000 each ($75,000 total). Firewall forward and instrument panel are additional. You can see details on the EX-2 Configuration page: https://cubcrafters.com/carboncub/ex/configure

We’re doing it again on a second CC EX-2, that we’re finishing up this week, if that tells you anything.

Does the kit come with the tools required for building or does one have to have their own tools?

He built quite the machine!

Always wanted to have one for myself. My son is turning 16 this year, maybe I will come and get one for him (us) as a son/dad project.