We use cookies to give you the best online experience, perform analytics and marketing. By using this site, you agree to our use of cookies. 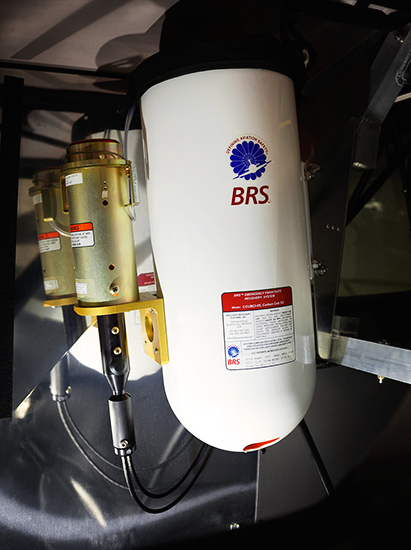 “The Carbon Cub is already recognized as the safest backcountry aircraft available,” comments Randy Lervold, President of CubCrafters. “Its extraordinarily slow stall speed, fundamentally sound wing shape and vortex generators assure low-speed stability and maneuverability. The Carbon Cub’s super-strong protective cage around its occupants is best in class. Now, the addition of the BRS systems not only provides a proven life-saving technology, but also additional piece of mind for Carbon Cub pilots and passengers.”

The new BRS systems require annual inspection, a parachute repack every 6 years, and a rocket refresh every 12 years. These services, as well as installation of retrofit systems on fleet aircraft, can be performed now at CubCrafters’ Yakima, Washington facility and at select CubCrafters Authorized Service Centers in the near future.

The new BRS system is the latest illustration of CubCrafters’ ongoing dedication to producing the safest aircraft possible. “As a light aircraft manufacturer, we feel it is incumbent on CubCrafters to offer proven mechanisms that contribute to product safety,” says Lervold. “The new BRS system is just another example of that commitment. It takes our already robust, reliable airplane design and makes it even safer.” Boris Popov, Founder and SVP at BRS adds, “Being in our 34th year of business, we have been, and continue to be involved with a wide spectrum of innovative aircraft designs. There is no doubt that the Carbon Cub design, as successful as it is, will be even more so with the inclusion of the safety-enhancing BRS recovery parachute system”

The first CubCrafters BRS system has already been installed and delivered on a new Carbon Cub SS.

CubCrafters designs and manufactures Part 23 Certified, LSA and Experimental aircraft. The company’s newest introduction, XCub, substantially expands the mission profile of sport utility aircraft with its higher speed, longer range and larger payload. The Top Cub, with a useful load of over 1,000 lbs., is the most up-to-date iteration of the historic Super Cub available. The Carbon Cub has redefined expectations of “backcountry aircraft” with its light weight, powerful engine, and breathtaking performance. Three variants are offered: the original, Carbon Cub SS is a production LSA. Carbon Cub EX-2 is the most complete aircraft kit available, and Carbon Cub FX is a clever E-AB “builder assist” program.